An insight into 20 years of CoremanNet

The core management service, CoremanNet, is turning 20 this year. A good reason to celebrate. In an interview with two founding members, Peter Bartel and Maria Bonelli, we will learn a lot about the founding and initial phase of CoremanNet.

Interviewer: Peter, you are with CoremanNet from the beginning. How did it all start?

Peter: The first thoughts about CoremanNet were in 1999, when Robert Bosch GmbH felt the need to restructure the Reman business model. Weaknesses in the process lead to the fact that only the parts that were unusable for remanufacturing flowed in the circle. That’s why they decided to give it a new direction.

Interviewer: And how did they want to optimize the business?

Peter: I joined the company as a “Core Manager” to support the business unit Remanufacturing. We wanted to improve the process and make it more efficient. CoremanNet was just an internal project name at the time. It stands for Core (used part) Management Network. Interestingly, it also has the word "reman" in it - very appropriate, I think. With the new system driven process, we wanted to collect all the goods directly in the countries and send them collectively to the headquarters. This way, the right parts should finally arrive at the remanufacturing plants.

Interviewer: Where did the project start?

Peter: We started in France in 2001. That kick-off was not easy because we still were in the learning phase and at the same time train the workers onsite. It was very exciting to finally see everything coming to life after the preparation. In the following years, we set up the CoremanNet selection stations in over ten countries - including Spain, England, Scandinavia, Switzerland and Germany.

Interviewer: From 2006 Maria Bonelli joined the project. What was the situation at that time?

Maria: When I joined CoremanNet, the project was stagnating a bit. Peter and two other colleagues were assigned to other projects, so I was working basically alone on this one. And there was so much to do...

Interviewer: How did you manage that?

Maria: It was quite a challenge. At that time, we had not yet built up a large network and the suppliers changed frequently. I felt like I was living on a plane, because so many selection stations were just being set up. I also trained the employees on site and did all the support.

Interviewer: That sounds like a lot of work for one person?

Maria: You could say that. It was my first real job and it is not easy for a woman to assert herself in the male domain of the automobile industry. In 2008, additional capacity was added to the team and in 2010 Peter also came back to CoremanNet. In 2012, two more colleagues joined us.

Interviewer: So, things changed in 2012?

Maria: 2012 was an exciting year. Our team got bigger and so we could finally divide the work. In addition, we were able to win our first external customer and we were also at a tradeshow for the first time under the name CoremanNet. A great feeling.

Peter: That is right. We were able to work more and more on new projects and we quickly realized that we could achieve much more.

Interviewer: How did the spin-off come about?

Maria: When everything was running smoothly for the first time, we told ourselves, "It is now or never" (both laugh). Of course, that meant a lot of work for us again. Fortunately, about six more colleagues joined us in 2013. So, we were able to take our time at the beginning of 2015 to set up project plans for the spin-off. After we received the confirmation for the spin-off in October 2015, we pulled out all the stops to get started right away. We were so lucky and thankful that Bosch supported that decision and also saw a great opportunity in this strategic step.

Peter: We worked day and night - with success. In February 2016, the spin-off of Circular Economy Solutions GmbH (C-ECO) with its service brand CoremanNet actually happened.

Maria: Absolutely. Without the spin-off, we would not be where we are today. But every new customer, every new selection station and every new employee is a milestone for us. And we do not take it for granted.

Peter: The automotive aftermarket is not dynamic, rather sluggish. That often does not make it easy to establish something new in this market. But especially at the time of the spin-off, we realized that we are exactly on the right track, and it was the right thing to do.

Maria: From the very beginning, the company was financially well positioned. That is really great. And by now our company has grown to 30 employees. Since the spin-off, we have more than doubled in size. And we have made a name for ourselves as C-ECO and as CoremanNet, which is very valuable.

Peter: And we participate in many projects, some of them EU-funded. This enables us to play a significant role in the further development of circular economy in the automotive industry and other sectors. In this way, others can also benefit from our experience.

Interviewer: What is the perspective for the future?

Maria: Circular economy still offers us so many opportunities and people are now realizing that we all need to live and act more sustainably. Circular economy allows us to do just that. And it can be implemented in so many areas. With C-ECO and CoremanNet, we certainly will not get bored. I have been involved for 15 years now. It has been a long road to get here, but I have always enjoyed it.

Peter: I see it the same way. We managed to turn a "stopgap" IT system into a successful brand and company. Even back then, we looked for trends in advance and prepared ourselves. Now we need to set out to exploit even more opportunities and make the world more sustainable. And with a team like ours behind us, I know we can do anything. Because the people behind C-ECO and CoremanNet are the value of our company. 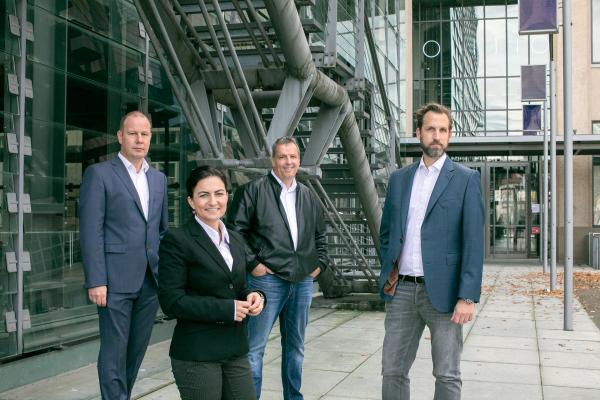 Find out more about CoremanNet:

Circular Economy Solutions GmbH (hereinafter "C-ECO“ or "We“ or "Us") welcomes you to our internet pages and mobile applications (together also referred to as "Online Offers"). We thank you for your interest in our company and our products.

To disable all cookies, go to your browser settings and disable the placement of cookies. Please note that this may affect the functionality of the website.

Managing your settings for technically non-essential cookies and tracking mechanisms. Technically non-essential cookies and tracking mechanisms, e.g. for saving the user configurations or for marketing purposes, will only be used if you have given us your prior consent. You can give or withdraw your consent with effect for the future below: